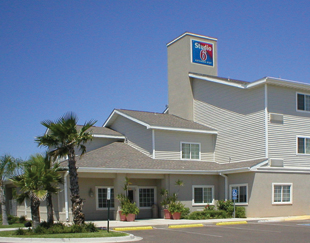 Motel 6 is a motel chain group across USA and Canada, currently owned by the Blackstone Group. It gained its popularity due to the affordable pricing which hardly faced any competition since its opening in 1962.  According to a prominent financial publication, the founders of “Motel 6” initially decided to introduce a flat room rent of $4. However, later when they analyzed the current market trend at that time, they realized the price is too low. So they decided to make it $5, and after a few days, they finally settled to $6 per room rate. This rate was excellent back then, people usually was paying much more than $6 for a single room. This rate was also good enough for the founders too, as they were making a minimum profit after covering all the expenses as per their minimum profit and maximum service policy. So the name “Motel 6” was very apt for the customers as well, as the name itself answers 2 most important questions – what they offer and how much they charge.

The name doesn’t really mean anything today though, the rates have increased by leaps and bounds in the natural course due to the inflation mainly. However, if one calculates the inflation ratio, this economy motel chain still offers one of the most fantastically priced rooms across the USA and Canada. They offer adequately featured room with all the necessary facilities and yet charge less than the competitors. Their service is also as per industry standard – they are cheap by the price, not by the facility or the service.

The brand changed its ownership from the Accor group to the Blackstone group in the year of 2012, and that was a milestone in the history of this economy brand. Since the ownership change, this brand is doing really great and coming in the picture as one of the most promising brands once again. Before this drastic change, it was operating for 20 years under its previous owner, the Accor group. Which was not a very good time for this brand and also for the parent company as well. Despite being one of the most significant business under Accor in terms of the total business volume, it contributed less than 3% of the profit in the total profit of the Accor group. It was like a massive load on the Accor group without any significant gain. Hence, the ownership change actually helped all the 3 parties involved – the Accor group, the Blackstone group and the brand itself. Blackstone group had sufficient resource which was needed for the total overhaul of the brand, so it was able to push the brand makeover process faster.

As a result, now Motel 6 is going step its foot on Asia. Once an American brand, now going to play in the much bigger ground and will face fierce competition from other brands already present there. Asia is a price-conscious territory already. For an American brand, no matter how affordable it seems in the USA, will have to encounter a sharp blow from the established players there. Motel 6 will enter in India first as its part of overseas operation outside North America. Indian market is very volatile, as well as very competitive in terms of pricing. One wrong move and you’ll be wiped out from the market forever. Thanks to the parent company Blackstone group, which has a much deeper pocket than its previous owner, Motel 6 seems to be ready to take on the fight to the competitors in their ground.